New Orleans is a city that before I visited it the first thing I thought of was music, partying, the Mississippi River and Hurricane Katrina, and when I was there, it didn’t change much from the impression I had.

Music is practically what describes and moves this city and “The french quarter“, a very famous quarter of the city started by the French, followed by the Spanish and bought by the Americans, is the main protagonist of tourist activity in this respect. 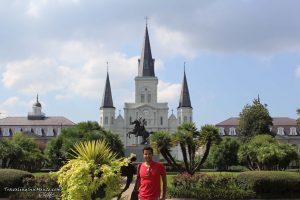 In this city I could see a lot of Afro-descendant communities, I laughed a couple of times at some comments that the driver made on the loudspeaker which should be formal but the people in that region live in a different way and that makes them different.

In this city, I had my first experience in a hostel, which did not start very well. I arrived at the hostel at about 5:00 am and had already paid to stay in a room for 8 people. It turned out that the room was full and there was nothing available for me. After talking to the gentleman (Irish) about my bed and that I was tired because of my almost 10-hour bus ride, he tells me that there is absolutely nothing, to go for a walk or visit something and to come back later (it was 5:00 am, I was very tired). But then there was someone coming out of a room and they gave that one to me.

The next day I was able to walk around the hostel and it was a simple but nice hostel, but I couldn’t demand much for the 20 dollars I paid for the night.

Here is a video of the hostel in New Orleans called

The first thing I was recommended to do in this city was to walk the streets of “The French Quarter”, and to get there I took the city tram which I think is an excellent service. You pay USD 3 and you can ride all day on the same ticket. 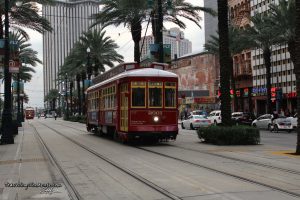 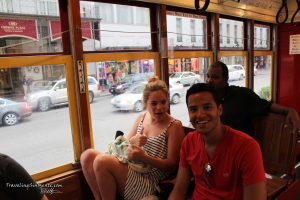 In the French Quarter, you will see beautiful and stylish streets, houses with wrought-iron balconies which give them a very classic touch and you can even see many flowers hanging from them. These blocks are the centre of attraction for many festivals that take place in this city such as the famous “Mardi Gras” that takes place on the sides of February. 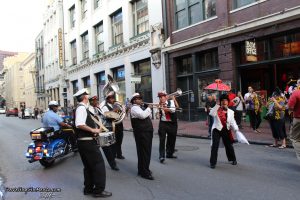 Bourbon Street is the mother of all streets in the French Quarter, there you find all the fun you need but it gets a bit uncomfortable to be in one of the main neighbourhoods of the city and walk through the streets due to the number of people, the amount of rubbish that accumulates and the little contrast of places to visit as it is very normal to find many types of places in the same block, for example, a bar, next to it a discotheque and then you can find a couple of women waiting outside a strip club. You also find a lot of people offering you touristic plans in the same block, so it’s a complete hustle and bustle to be there (usually on weekends). 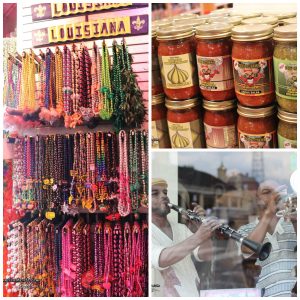 In the French Quarter, I came across the French Market, which is a very big market where you can buy different kinds of things from the region. 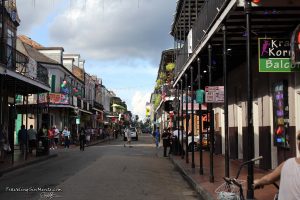 Because the city has the tributary of the Mississippi River running through the middle of the city and is very close to the sea, New Orleans has a lot of maritime life and many marshes, I decided to go on an alligator tour and was amazed at the many things I could see, many birds, raccoons, some pigs, turtles, some small snakes and of course many alligators in their natural habitat. 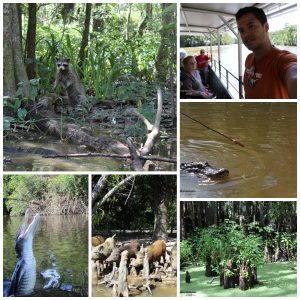 In the hostel I met a lot of people, most of them from Australia and England, among the Australians there were 3 brothers with whom I had a lot of fun. We decided to visit one of the most expensive neighbourhoods of the city called The Garden District where you will see some “castles” but they are houses of people who have a lot of money. This city is very sectorised, there are very poor neighbourhoods and there are others that are exaggeratedly rich. We decided to rent bicycles and cycle through the streets of this district, which was a lot of fun except for the downpour that caught us when we wanted to go back. 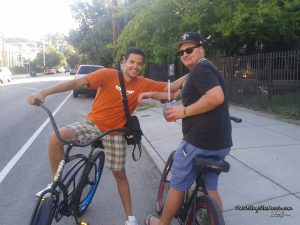 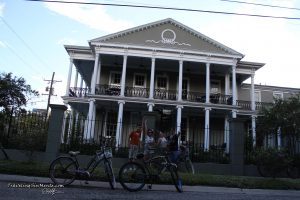 One of the things I regret is visiting the aquarium. I had read very good things about it but there is not much to see. They have very interesting animals but it is not worth paying in that city to see the aquarium. 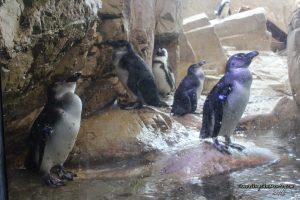 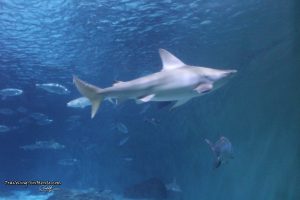 A highly recommended place to visit is Audubon Park. It is a very interesting park located in the southwest of the city where you can go to relax with your beers (New Orleans is one of the only states in the United States where you are allowed to drink liquor in the streets). 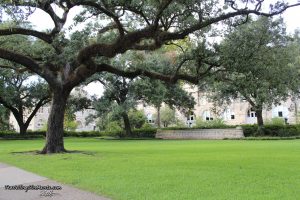 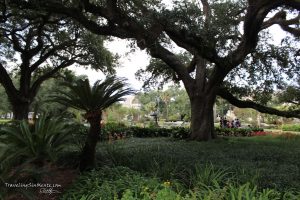 The park is very visually entertaining, and the city zoo is located in the park.

A little further down from Audubon park, you will find The Fly park which is next to the Mississippi River and from where you can see some excellent sunsets. I was there with a friend of my girlfriend’s, Avery, who took me to see a bit more of NOLA. 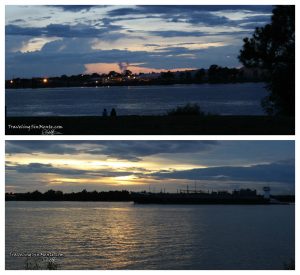 Because this city is located 1.5 metres below sea level, the dead in this city cannot be buried underground, so you can see a lot of crypts in the cemeteries and because of this the city is also famous, there are too many cemeteries there. In the cemetery of St Louis was buried María Laveau, considered to be the queen of Voodoo and to whom a lot of homages is still paid around the streets of New Orleans.

Café Du Monde is one of those places that become icons of a city because of its antiquity and the “Beignets“, which I don’t know how to describe them but it’s like a kind of cake. Café Du Monde was created in 1862 and since then it is one of the places that are on the agenda of many people who visit this city. 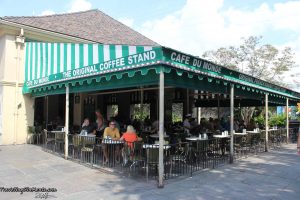 The Super Dome is an indoor football stadium that housed thousands of people during Hurricane Katrina. 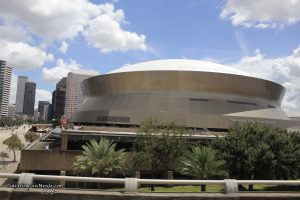 Do you want to continue to the next destination Atlanta?