Philadelphia is not a very touristy city, but it is worth visiting because of its history. My time here was short but let’s just say that it was enough to see a couple of things about this city.

It was illogical to see how the history of the city contrasts with the importance given to the character in the film Rocky played by Sylvester Stallone in the 1990s, as Philadelphia was where much of this film series was filmed. At tourist information points you can see a lot of Rocky t-shirts for sale and some history about the film. For me, although I was curious about it, I didn’t care much about it, but I did take my picture with Rocky. But the good thing about travelling is that everyone has their tastes and everyone visits what they find most interesting. 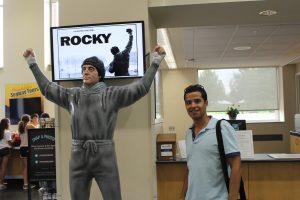 I like baseball very much and in this city, I was able to visit the home of the Philadelphia Phillies, the Citizens Bank Park, in this country you breathe sport, there is a lot of variety which I like and baseball has a lot of followers, I am an international one. 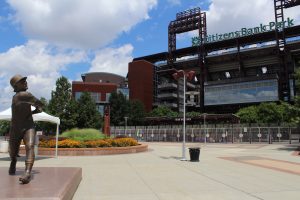 After the baseball stadium, I entered the downtown area of the city. Philadelphia is a small city and easy to walk around. There we could see one of the most emblematic constructions of this city that was built in the year 1682-1701, the City Hall, the building is magnificent, you can observe many sculptures in it like, for example, faces in the walls, bodies and much more even in the highest part of the building they have the biggest statue that any building can have and it weighs 27 tons and it measures 12 meters and it is the statue of its founder William Penn. 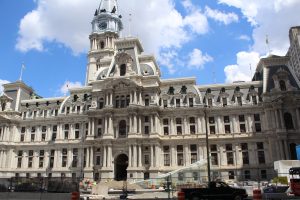 After the City Hall, we visited the old bus station where there is a big market nowadays and you can enjoy the gastronomy of this city. I recommend this place to go and eat whatever you want. Especially the Philly CheeseSteak in this market.

As in every big city in the United States, Philadelphia also has China Town. These are very large communities of Asians who decide to share the same land in a U.S. city. 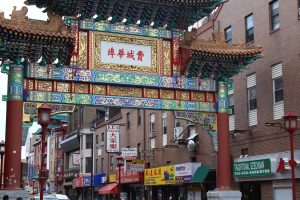 Then I was in the historical part of the city, which is located in the same three blocks:

It is a small museum that houses a very special bell in the history of the Americans. It was sent from London to the eastern United States in 1753. The story of why it is broken is not very well known, what is known is that it was once tried to be repaired and after that, the crack got wider and after that, it was not used anymore. The bell weighs almost 12 tons. 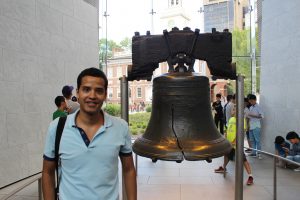 Then we were inside the Independence Hall, getting to know a bit more about the history of this country, the talks are in English and I still can’t understand everything, but you can understand the ideas and learn a bit more. 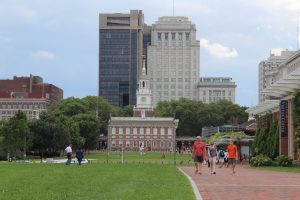 Then on the way back home, I came across an excellent sunset. 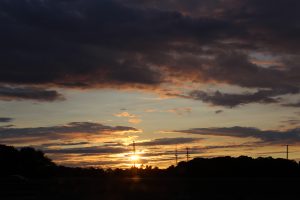