After my time in the city of Atlanta I took my bus to Nashville-Tennessee which took about 4 hours, travelling with Megabus was a very good experience as the buses have WIFI, bathroom, and connector for your mobile phone or laptop and example, this trip only cost me USD 4, it is incredible and I had no problem with them in all my trip.

In this city I didn’t have to pay anything for accommodation either as I stayed with a host from the website www.couchsurfing.org: Steve, who was an excellent person and gave me a lot of comforts, Nashville was a city that I had no idea what was like or what it had, but everything I read or was told was that it was known for its country music and boy, does it do that! 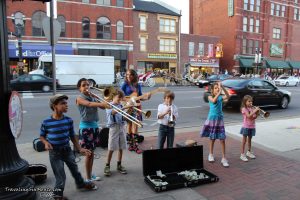 Among several things to do in Nashville (not many by the way) is the main attraction of this city or at least where most tourists go which is called “Broadway Street“. It is a street located in the south of the city that has lots and lots of music. Most of what you hear is Country music. New Country, Old Country, but if you don’t like this kind of music it is better not to go because you will hear it in all the discotheques and even in the streets there are a lot of “street artists” that keep playing the same kind of music.

Most of the people inside the clubs knew all the lyrics of the songs and therefore, everyone was singing along to the rhythm of the band, except for me who just drank my beer and enjoyed a bit of the joy that is experienced in all the clubs. It’s even a good way to party since you don’t have to pay cover and you can change clubs as many times as you want that’s what most people do, drink a beer in one club and move on to another club. Of course, you can’t take liquor out because it’s illegal to drink on the streets. You will always find a person at the door of the club watching that you don’t take liquor out. 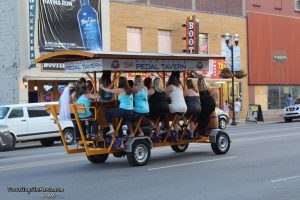 The first day I was in the city I decided to go jogging with a group of people I met on www.meetup.com, this is a website where you can meet people in different cities and join events that someone is developing. At this event, I came across one of the taboos that many people still have but for most of the people who were jogging that day it was something supernormal and that was to see a couple of women with their child of about 1-year-old in their car. I exchanged a couple of words with them and it was a different experience for me as I had never encountered such a circumstance before. I have nothing against it. 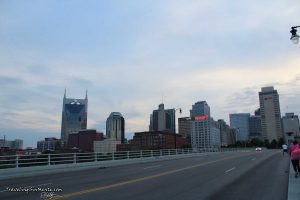 On the way, we pass by the Musicians’  Hall of Fame and Musicians’ Museum 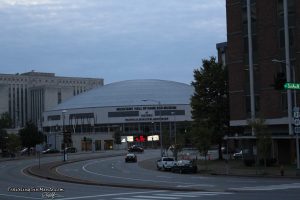 View of the Tennessee State Capitol from the Bicentennial Mall State Park, this park depicts a bit of the history of the United States and Nashville, there is a 60-metre map of Tennessee on which you can see all the cities, there is also a World War II Memorial. 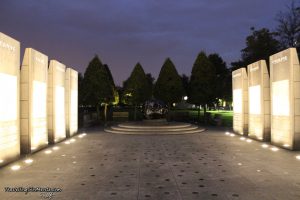 The familiar 95-Bell Carillon, which are bells that have a special melody that rings every hour and represent the musical heritage of the citizens living in the 95 counties of Tennessee. 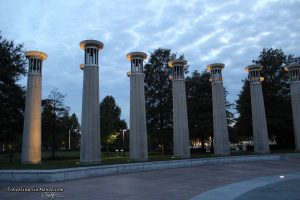 The Pathway of History is a very interesting attraction in this park. It is 450 m of granite on which the history of the United States and Nashville is depicted. At the front of this extensive wall, some columns show the year in which the events were recorded 10 by 10 years. On the south side, they start with “a billion years ago” and on the north side, they end with 1996. At the beginning of the sequence, they make some jumps but in 1776 when Tennessee was created they start to record on that granite wall every 10 years the most important events. 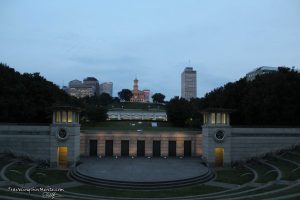 Then I decided to rent a bike and ride around the city. I started with Centennial Park. 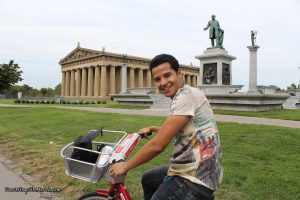 This is an excellent place to relax as it has a lot of green space, a small lake in its centre and the main attraction is The Parthenon, a building created in 1895 trying to have some Greek culture in this city which is why it is still rarely called “The Athens of the West” but it is still called “The City of Music”. 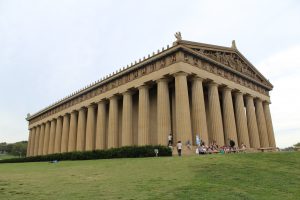 Inside the Parthenon is a statue of Athens. It is said to be the largest indoor statue created in the western world.

The system with the bike is excellent, I think I paid USD 5 for 24 hours and they have different car parks all over the city so you just pay at the point where you pick up the bike and drop it off at any other point. I rode my bike to the “Country hall of fame and museum”, where I felt like a gringo in a vallenato museum.

I didn’t understand anything at all, I only understood something about Johnny Cash, I know I had heard him once, but I didn’t know he was a country music singer. The outside of the museum has a very particular shape as it simulates the structure of a piano. 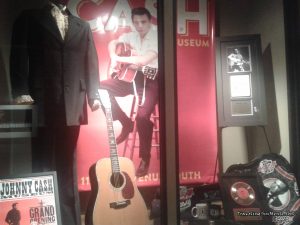 After storing my bike I had a couple of beers on Broadway Street where every day you will find something to do. Something that caught my attention on this block is that there are several 3-storey buildings and on each floor, there is live music. It’s amazing the fever this city has for music. 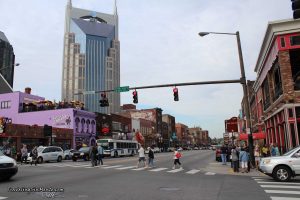 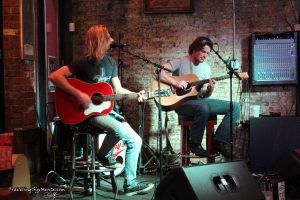 On the last day Steve, who was the host I was staying with, invited me to a concert of the Nashville Philharmonic. He played the violin and was very fond of classical music, so much so that while we were in his car it was always with classical music playing in the car. Although I am not a big fan of philharmonic concerts or classical music, I like the sounds that are recreated with so many people playing at the same time, plus that night there was going to be something special with an electric guitarist and being at an event like that was something I wanted to do that night so I decided to go with him. 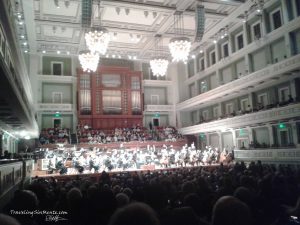 That was the end of my stay in Nashville. The next day I started my return to the city of Trenton in New Jersey.