The incredible of Chichén Itza

Chichen Itza is located on the Yucatan Peninsula, about 4 hours by bus or 2.5 hours by car from Cancun. Chichen Itza can also be reached from a town called Valladolid which is about 30 minutes away.

Chichen Itza was created in 525 AD. In this place, you can find many architectural jewels that are valuable to mankind. You will find for example the field where the Mayas played ball. This place impressed me a lot. First of all the field is huge, imagine half the size of a football field. Even so, by placing two people at each end of the field and speaking in a normal tone of voice, they can hear each other perfectly. I didn’t believe it but I tried it and it worked. In this field, you will also see on the highest part of the walls 2 hoops, which were the places where the ball had to pass through when they played. It is worth mentioning that the Mayans did not play with their hands or feet, they only used their hips, forearms and knees. It is believed that the losers of the game were sacrificed, this is interpreted by several depictions on the walls of headless people next to living players. Other historians say that players who won were made to sacrifice their lives. These theories are not entirely confirmed, as it is not known whether the Maya consented to the idea of speaking of loser or winner because of their beliefs.

In Chichen Itza, you can also see the Castillo or Temple of Kukulcan. It is one of the best-preserved and most beautiful Mayan pyramids of the Mayan empire. Its stairs have two serpent heads, which seem to come to life during each equinox (March 21st and September 22nd). The sun casts its rays on the building and when the sun moves, the snake seems to move as well.

There is also the Sacred Cenote, which is believed to have been used for ceremonial purposes, including human sacrifice. Jade and ceramic objects have been found at the bottom of the cenote, including skeletons of human beings, especially children, which were offered to the gods.

The Observatory was also a place where the Maya used to look at the stars and this place was especially dedicated to astronomy.

Overall, the visit to Chichén Itzá was well worth it. You practically go back in time and with every step you make you feel like you can live the exciting life these people had during their time. The Mayans were crazy, very crazy, and their intelligence reached far and wide. I think if there was a time machine I would like to go back to this time and learn much more about this exciting and incredible culture.

This culture disappeared around 900 AD and it is still not clear why. It is believed that there was a great drought and that is why the food sources ran out, there are also several theories that point out that because they were so “violent” they ended up destroying each other.

– Beware of this. I was carrying my professional camera, which is a bit big, and they were going to charge me a tax because they said it was also a film camera. If they ask you if you are carrying a film camera, say no, otherwise they can charge you a tax.

– Talk to the handicraft sellers. These people know their history and are very friendly. We spent a lot of our time with these people and had a lot of fun.

– Bring water. There is not much vegetation and most of it is outdoors, so if you want to walk and see this place, be prepared for a very sunny day. 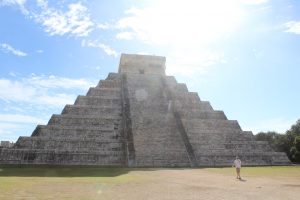 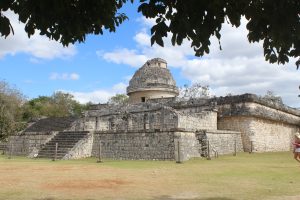 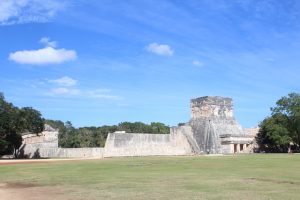 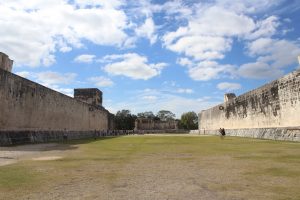 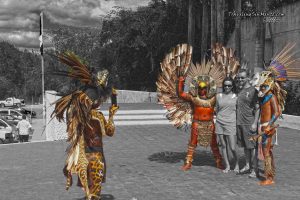 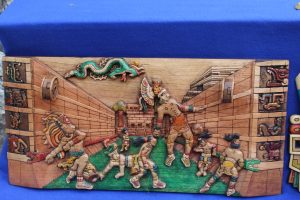