Panama City and a bit of history with its Canal

When I arrived in Panama City, I felt like when I arrived in Mexico City. I don’t know, I think they had been the top cities in Central America for me all my life and I liked the idea of having the opportunity to get to know them. Panama City is very big and there are a lot of things to do. Being in this city I felt an impressive visual shock. Most of the cities we had visited earlier in our trip were quite “normal”. Many of them seemed to me at first glance to be very under-invested and poor in design. But, once we entered Panama City I felt for a moment as if I were in some city in the United States, something like Fort Lauderdale in Florida. I am talking exactly when I was in the Cinta Costera Park, very close to the Casco Antiguo of Panama, where you can appreciate a very good view of the city.

This city is very active and since the construction of the Panama Canal, the city has become a strategic ally of the United States. This is the reason for its progress in terms of urban planning. But like any city, this one has parts that are highly developed and others that are practically forgotten by the government. One of the neighbourhoods with a very low reputation is called “El Chorrillo” and it is a neighbourhood that can be dangerous. We drove through its streets and could see the difference compared to other areas of the city. If you go to the administrative or central area you will find an infinity of buildings with very good designs giving the city that touch of modernity.

In Panama City, we had the opportunity to stay with a couple we found on couchsurfin.org. This is a great way to stay in a city you are visiting.  The couple was very kind and we were very lucky to have found them. They had a car in which they took us around the most characteristic places of Panama City. They told us many important aspects and information about the city. On the first day, they took us to see the famous Panama Canal. I wanted to visit this historical icon for Latin America and this was the first place we visited. We had the opportunity to see a cruise ship that was passing through at the time. There are also several museums there that I think are worth a visit.

There is a lot of history contained in that canal that I didn’t know about. The United States is the main protagonist but the French were the first ones to start working in this area in 1880. They worked for 20 years but due to illness and money, they had to stop. France did not complete this project and after that came the United States in 1903. They helped Panama gain independence from Colombia. Then they invested in the Panama Canal and then as if the area where the Canal was built as a colony discovered by the United States, they took it over as if it was their own, they created schools for the children of the workers, neighbourhoods where only Americans lived and many other things. In short, they built another small American city in an area known as the Canal Zone. But the Panamanian people could not stand this and rebelled and in 1950 they began to claim sovereignty over this territory. On January 9, 1964, several students decided to enter the Canal Zone to raise a Panamanian flag and were violently expelled with tragic results. This episode is well known throughout Panamanian history. In 1977 a treaty was signed to change the administration of the Panama Canal into Panamanian hands and on December 31, 1999, Panama celebrated the recovery of its sovereignty over the Canal Zone.

After the Panama Canal, our new friends took us to the administrative headquarters of the Panama Canal. We were able to enter places rarely visited by tourists as special permits are required, but one of the guys we were staying with worked as a guard at this facility so we were lucky.

Then we visited the Cinta Costera. There I was very impressed with the number of buildings. I was also very impressed by the view of the city right next to the Pacific Ocean. Simply spectacular.

The next day was spent resting a bit and then we took the metro to go to other areas of the city. We went to Los Andes station and tried to buy something for ourselves. We thought Panama was cheap for shopping but in reality, it was not very cheap.

On another occasion, we also visited a beautiful viewpoint which I liked a lot about this

Later at our hostel Luna’s Castle, someone told us about an event called “bottomless champagne”, which was going to take place in a very prestigious and important place in this city: “The Donald Trump Tower”.  This is perhaps the most luxurious hotel I have ever been to in my life and to get to this event I didn’t have to pay anything, just USD$10 for the “bottomless champagne”.

This is a beautiful part of Panama City and you will find streets with beautiful architecture but don’t be scared if the landscape of the houses changes quickly. This is one of the busiest areas of Panama City and during the weekends it is very lively. There are several parts of this sector where the economic differences can be abysmal.

The other area we visited was called Calle Uruguay. It is a street full of restaurants and discotheques, there we happened to find a Colombian discotheque which we entered with two South African friends and they liked it very much.

This city was the end of our trip through Central America. After 3 and a half months of adventure, a lot of new people, a lot of experiences and a different view of the world I return to my hometown, Medellin.

– Here are some pictures of this great city: 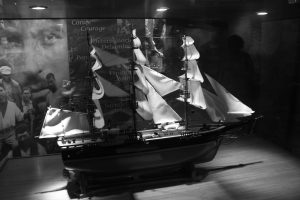 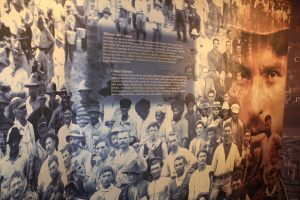 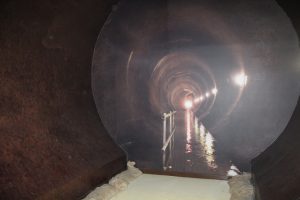 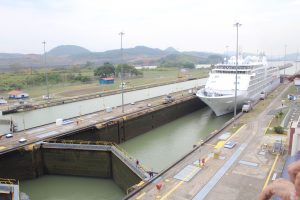 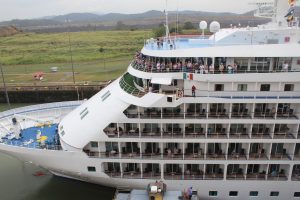 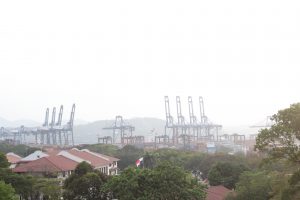 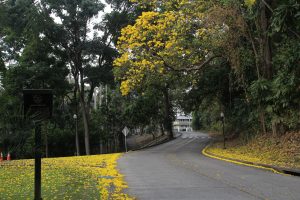 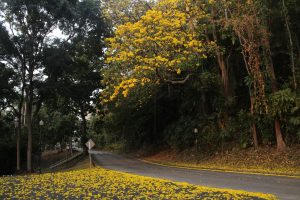 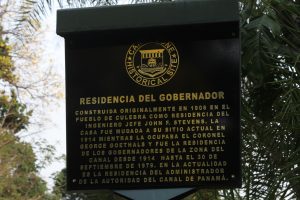 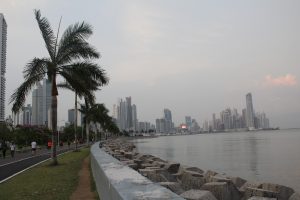 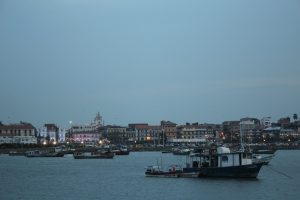 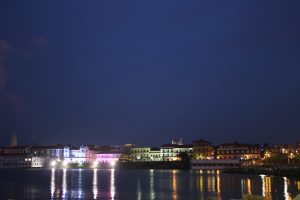