Located about 1½ hours by bus from San Miguel de Allende or 4 hours from Guadalajara, the small city of Guanajuato was one of our favourite stops in Mexico, and one of the places we wish we could have spent more time.

The huge University of Guanajuato draws students from all over Mexico as well as internationally giving the small city young, vibrant energy. It would be a great place for a semester abroad or a longer-term stay for someone learning Spanish, especially considering that there aren’t many international tourists.

There are a few features that make this city one of the most unique I’ve ever visited: 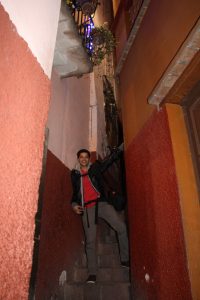 Guanajuato is a maze of winding roads and tiny pedestrian alleyways (callejones). The most famous callejón is the Callejón del Beso (Alleyway of the Kiss), so narrow that a couple can kiss from the balconies on opposing sides of the alley.

2. The most confusing system of roads…ever! 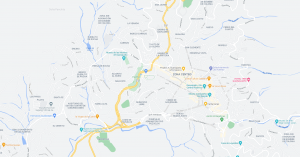 Take a look at this map and you’ll see why it’s hard not to get lost here! And imagine, there is not one traffic light in the whole city. 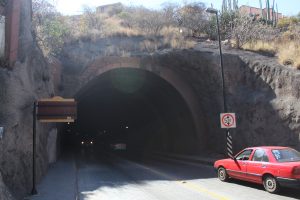 Most of the traffic of the city, including public transportation, is directed into a series of underground tunnels, accessible to pedestrians by staircases that connect the tunnels to the street. The tunnels were created naturally by the Guanajuato River that flowed under the city. After many years of frequent flooding, the city redirected the river and converted the tunnels into a network of roads – over 20km of roads underground!

This museum displays over 100 mummies exhumed in Guanajuato during the late 19th and early 20th centuries. During that time, a law required that a family pay an annual tax to keep their loved one buried; those whose families couldn’t pay were dug up and found to have mummified naturally due to the dry climate. The Guanajuato mummies are very well known throughout Mexico and must-see tourist stop for those visiting the city. I found it very creepy.

Check out our Facebook page for more mummy photos!

Since we only had one full day in the city, we decided to take one of the very inexpensive tours of the city with a group of Mexican tourists. We got some great views of the city from the van, but many of the lesser-known museums they took us to were not worth the time or money (none of the entrance fees is included). Our advice: skip the tour and see the highlights by walking or public transit. Some other highlights include: 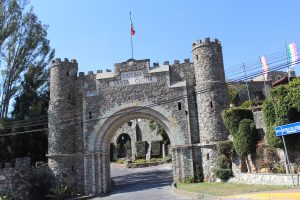 Pipila Monument and the fabulous view from the lookout: 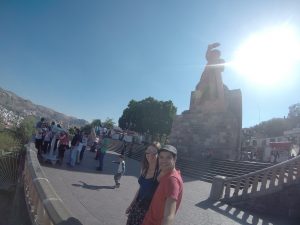 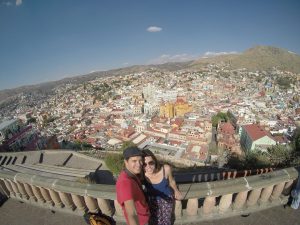 Basilica of Our Lady of Guanajuato: 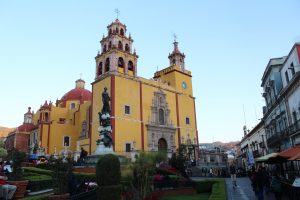 We could have easily spent several days here, wandering around, getting lost, watching life on the street from open-air restaurants, and visiting some of the museums we didn’t have time for (like the Diego Rivera Museum and Home). Unfortunately, a pre-booked flight to Cancun from Guadalajara in a couple of days was keeping us moving faster than we would have liked. So we said goodbye to Guanajuato and hopped on the last evening bus to Guadalajara. Next stop: Tequila tasting!